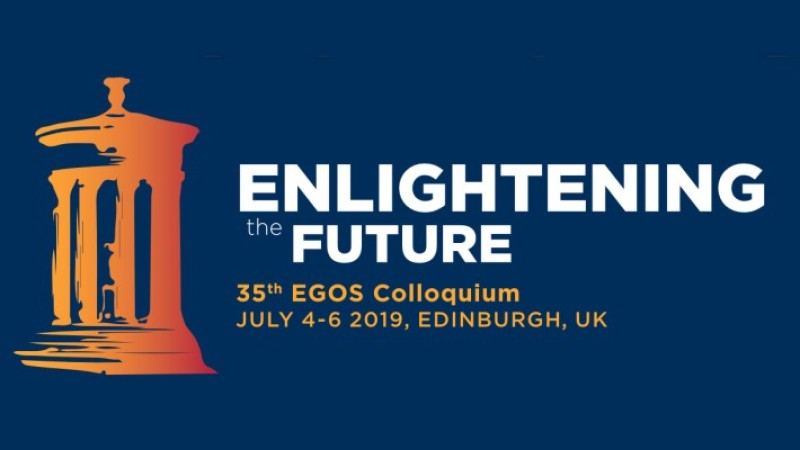 Sub-theme 21: Heuristics & Simple Rules: Decision-making under Uncertainity in Dealing with the Unexpected

The topic of decision-making and the question of how decisions are made under uncertainty (as opposed to risk) have long-standing tradition in organization and management research. For many decades, in particular strategy and organizational studies research has shown the central importance of decision-making for organizations as well as individuals (e.g. Mintzberg, 1978; Eisenhardt & Bourgeois, 1988; Langley et al., 1995). The study of decision-making under uncertainty is fundamentally built on Simon´s famous notion of bounded rationality (Simon, 1950). Many scholars have addressed the question of how decisions are made under uncertainty (e.g. Mintzberg et al., 1978; Langley et al., 1995; Mintzberg, 1971; March, 1981; Bingham & Eisenhardt, 2011; Eisenhardt & Sull, 2001; Sull & Eisenhardt, 2015). In this context, the concept of heuristics has recently gained importance in strategy research and is central to strategic decision-making associated with dynamic capabilities (e.g. Bingham et al., 2007; Hodgkinson & Healey, 2011; Bingham & Haleblian 2012; Heimericks et al., 2015).

In contrast to the strategic decision-making literature, the debate around the concept of heuristics has a longstanding tradition in the field of cognitive psychology between the famous research of Kahneman and Tversky (e.g. 1972; 1973; 2011; 2012) and Gigerenzer and colleagues (e.g. Gigerenzer & Todd, 1999; Gigerenzer & Brighton, 2009; Gigerenzer & Gaissmaier, 2011).

Tversky and Kahneman (1974) evaluate decisions against logical norms (such as consistency) and emphasize the limitation of cognitive processes entailing framing effects and biases, ultimately negatively affecting firm performance (Levinthal & March, 1993). Gigerenzer and colleagues in contrast evaluate decisions against ecological norms (such as performance) and address how individuals discover and analyze information. They also illuminate the decision-maker’s role of focusing attention to specific cues while ignoring other given information, which can lead to less-is-more effects (e.g. Gigerenzer & Gaissmaier, 2011; Gigerenzer & Selten, 2002; Todd & Gigerenzer, 2012).

According to Gigerenzer and Gaissmaier (2011, p. 454), heuristics function “with the goal of making decisions more quickly, frugally and/or accurately than more complex methods” by ignoring most information. With this focus, heuristics are seen more as an enabler rather than decision limiting. Many different research streams illustrate heuristics as important tools in decision-making and in particular in high velocity markets. Heuristics embed the firm’s aspiration level (Gavetti et al., 2012) in regard to performance, learning, innovation, or efficiency (e.g. in ambidexterity and dynamic capabilities research as to how to navigate through a complex and constantly changing environment). However, so far only a few studies address heuristics in-depth and open the black box associated with heuristics and their important role in organizations.

Much progress in the ongoing discourse on the superiority or inferiority of the decisions that result from heuristics as compared to more complex forms of decision-making (e.g., see Bingham & Eisenhardt, 2011; Bingham et al., 2007; 2015; Eisenhardt et al., 2010; 2011; Vuori & Vuori, 2014; see also Gigerenzer, 1999; 2009; 2011; and Kahneman & Tversky, 1972; 1973; 2011; 2012) has been made through the study of the ecological rationality of heuristics (Gigerenzer et al., 2011). The debate also centers on clustering different types of heuristics. Accordingly, prior literature has identified several clusters of heuristics, such as lower-order and higher-order heuristics (Bingham et al., 2007), individual-level and organization-level heuristics (Laamanen & Wallin, 2009), and inductive and deductive heuristics (Regnér, 2003).

Furthermore, first works have begun exploring how organizations develop heuristics to facilitate decision-making in uncertain situations (Bingham & Haleblian, 2012; Bingham et al., 2007; see also Gavetti & Rivkin, 2007) and add to the psychological foundations of strategy and their relevance for dynamic capabilities (e.g. Bingham & Eisenhardt, 2011; Eisenhardt & Martin, 2000). In addition, literature on disasters or crisis brings decision-making strategies to the fore (e.g. improvisation, bricolage; Weick, 1993) that could advance our understanding as to how organizations and individuals deal with the unexpected. While this nascent body of literature has made substantial contributions to a better understanding of heuristics and has carved out their important role for organizations, it has paid far less attention to how organizations actually use heuristics to make strategic decisions. In the face of this, this stream has devoted far less attention to the use of heuristics itself and their mechanisms in this process.

With respect to future research it is an important question how exactly (strategic) decision making and heuristics function and are made on an individual, group and organizational level. Furthermore, we encourage scholars to open the black box associated with this question. We call for research that investigates how simple rules and heuristics influence processes of change and learning for modifying the firm’s set of aspiration levels embedded in organizational routines. Further questions relate to the interaction process between the organization’s simple rules or rule regime and the decision-maker’s individual heuristics. Additionally, we also pose questions how firms embed their aspirations into simple rules and into heuristics to meet their perceived market challenges and how they deal with disruptively evolving environments that depreciate previously successful rules and heuristics. It is the aim of this sub-theme to bridge research from strategic management with organization studies emphasizing how practices of strategic change reflect organizational and individual influences and interactions.

Thus, following questions may be addressed, such as how

We invite and encourage contributions on a theoretical-conceptual and an empirical basis that try to uncover strategic decision making by using simple rules and heuristics in general and/or open the black box associated with them. We further encourage contributions on the interactions to other topics and discussions such as routines, aspiration levels, dynamic capabilities, learning, ambidexterity, and related concepts and fields. All kinds of empirical settings, e.g. longitudinal studies, process studies, secondary data analyses, case studies, surveys, experiments, actor-centered measurements etc. are more than appreciated. We also encourage a multi-level analysis of the topic at hand. We want to provide a home and create a platform for scholars who engage in this core field of organization research.

Kathleen M. Eisenhardt is the Stanford W. Ascherman M.D. Professor in the School of Engineering and Co-Director of the Stanford Technology Ventures Program, Stanford University, USA. She is currently studying the use of heuristics and other cognitive strategies, and strategy making in ecosystems and two-sided markets. Kathleen has been honored by many other awards including the Irwin Award for her contributions in strategy, the Distinguished Scholar Award from OMT and TIM divisions, the ASQ Scholarly Contribution award (twice) for the most influential paper five years after publication, and the Schendel Best Paper award.
Madeleine Rauch is an Assistant Professor of Strategy and Innovation at the Department of Strategy and Innovation at Copenhagen Business School, Denmark She holds a PhD from European University Viadrina (Germany), which she received focusing on heuristics and strategic decision-making. Madeleine’s research focuses on strategic management and innovation with a particular interest in strategic decision-making, such as heuristics and change of decision patterns, and on extreme contexts and challenges faced by people both working and living in challenging contexts, such as war-torn countries like Yemen and Iraq.
Gerd Gigerenzer is Director of the Harding Center for Risk Literacy at the Max-Planck-Institute for Human Development in Berlin, Germany He is former Professor of Psychology at the University of Chicago. For his outstanding contribution, Gerd has won numerous awards such as the AAAS Prize for the best article in behavioral sciences and the Association of American Publishers Prize for the best book in the social and behavioral sciences. He as been distinguished as one of the top-100 Global Thought Leaders worldwide. Together with the Bank of England, he works on the project “Simple heuristics for a safer world”.
Login myEGOS
Forgotten your password?
Not a member yet? Join EGOS here