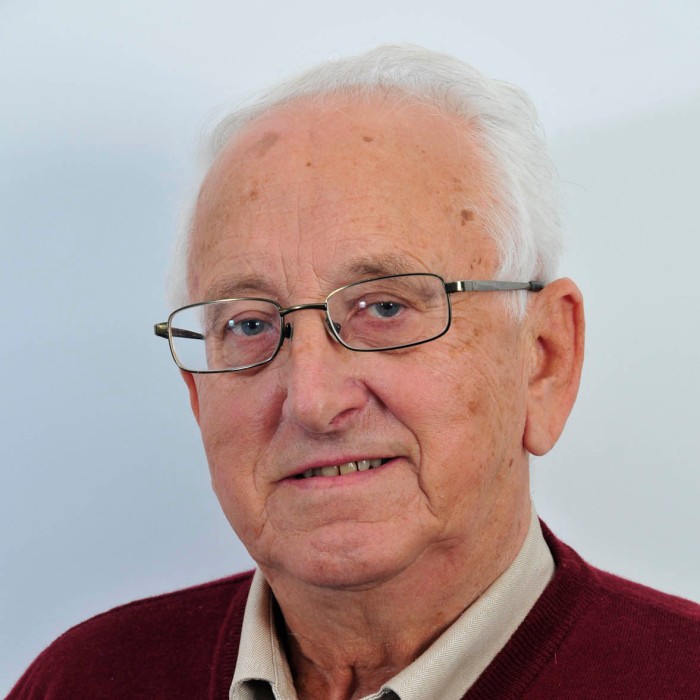 On behalf of EGOS, I am proud to announce that Johan P. Olsen has accepted to become an Honorary Member of EGOS.

Johan Olsen was born in 1939 in Tromso, in the northern part of Norway. He started his professional career as a journalist and reporter. This may explain why he is such a fast writer and why he is so open to empirical observation. He graduated in political science at the university of Oslo in 1967. He received a doctoral degree from the university of Bergen in 1971. Norway already then was ranking high in the field of political science with scholars such as Stein Rokkan or Francesco Kjellberg, just to name a few. Johan Olsen has carried on this tradition of excellence further while suggesting a new agenda often referred to as the Bergen approach. [1]

At the end of the 1960s, he spent one year at the University of California, Irvine. He started his academic career as a junior professor at the institute of sociology in Bergen. One year later he was promoted to associate professor, and four years later, to full professor. He launched a major research program in the 1970s on the study of the distribution of power and the political-administrative system in Norway. This project became so influential that a similar program about power and democracy was launched later on in Sweden. Johan Olsen became of one its leaders. He left Bergen in the mid 1990s to join the university of Oslo. In 2007, Johan Olsen has become an Emeritus Professor. He keeps playing a leading role within the ARENA project he had been the acting director of. ARENA is the 'Advanced Research on the Europeanization of the Nation-State', a basic research program under the Research Council of Norway set up in 1993.

Johan Olsen has two daughters and he is very fond of them. While their father had left the periphery, namely Tromso, heading to the center, namely Bergen and then Oslo, but stopping short of the bordure of the European Union and Brussels, one of his daughters made the next step. Heidi is now representing Norway in negotiations with the European Union.

EGOSians should feel respect and humility when looking at the achievements and contributions made during Johan’s forty years of academic career. When reading the honors listed in his curriculum vitae, one may wonder what difference one more distinction such as the EGOS Honorary Membership may add. There is one thing that is crystal clear: Johan Olsen is a living example of EGOS core values at work. He provides a model to imitate.

Johan has strong local cultural and ethical roots. At the same time, he is widely open to international cooperation and his contributions handle issues that are universal. The list of contributors to the Festschrift edited in his honor [2] looks like a Who's Who.

One of his most influential papers in the field of organization theory remains the co-authored article on the garbage can theory of choice [3]. It is amazing to know that Johan is a very disciplined and strategically thinking scholar – hiding behind a very relaxed and disarmingly friendly attitude. Also he is a Norwegian and a typical one of the kind. Nobody would have imagined that a typical Norwegian could be a very strong inspirational force behind the garbage can model. But he was!

A classic book, co-authored again with James March, expanded the garbage can model and its implications [4]. His collaboration with the first honorary member of EGOS went on and on, with more books and papers, but also with network building initiatives. The Scandinavian Consortium for Organizational Research which research base was at Stanford University and welcomed around 250 scholars and doctoral students became quite influential world wide.

March and Olsen, Olsen and March, are a rather unique case of twin brotherhood in science. Their cooperation is the outcome of an encounter between persons who fight with stubbornness against ideas and perspectives that oversimplify when not ignore organizations as complex systems and collective action as socially embedded configurations. New Public Management, rational choice, agency theory, the so-called sociological institutionalism, just to name a few examples of scientific hyper-deterministic models, have faced tough times debating with the widely known paradigm called new institutionalism [5].

Johan Olsen is a soloist as well a duettist. Whatever the way he makes science and authors publications, he ranks at the top. Why? Because Johan Olsen is not only one more organizational theorist building a reputation rent out of a very narrow niche, he is a social scientist at large. Organization theories have to refer to wider social science agendas and knowledge. They do not make sense just as such, as mere isolated islands. Johan Olsen ignores knowledge silos. Political science may have been his initial domaine, he joined an institute of sociology. Later he became a professor in public administration and organization theory. He played a key role in the study of public administration not merely as formal organizations but as key contributors to policy-making processes and outcomes. Organizations, policies and polities have to be treated as interlinked dynamic phenomena.

Johan Olsen has paved the way for a second generation of organization science and theory. A pioneering generation gathered disciples influenced by giants such as Max Weber or Roberto Michels. A common scientific program dominated organizational sociology between the 1940s and the early 1970s.

Most of the names of its contributors are familiar: Peter Blau, Michel Crozier, Alvin Gouldner, Martin Lipset, Charles Perrow, Philip Selznick, just to mention a few. Their agenda dealt with bureaucracy, more precisely with the way central public agencies could penetrate society. It linked its emergence and its impacts with modern state building, with welfare policies, with the nation as a common cultural reference, with mass representative democracy. Many of its contributors, it must be added, were influenced by ideological backgrounds such as trotzkyism or anarchism. They cared about elitism, technocracy, domination, etc.

A second generation has explored a different agenda, giving attention to two observations. Most policies fail because bureaucratization as a control and delivery pattern fails. Welfare do-gooders deliver poorly what they had promised to solve. At the same time mechanisms such as market selection or selfish opportunism do not suffice to handle public and private issues, to induce integration and legitimacy. Organizations as social and political constructs should therefore be linked to questions about transnational interdependencies when no state pattern exists, about policy-making when problems are messy to be handled and not consensually identified, about supra and infra national polities when not established public institutions exist, about participation and governance when voting and election do not suffice to enforce democracy, and to build a sustainable social fabric.

Johan Olsen has played a major and pioneering role in shaping this perspective. The agenda as set up by giants such as Harold Lasswell and Robert Dahl in the mid-20th century about power and democracy had to be revisited and enriched. Organization theory and policy-making studies should provide fruitful sources for political research purposes.

Johan Olsen delivers an encouraging message about the future of organization, organized and organizing as relevant knowledge domains, provided that organization theory as an academic field is explicitly linked to the understanding of contemporary societies, not just to ad hoc management purposes or to selfish academic rhetorics. They suggest ways and openings to build broader Verstehen frameworks about polity, society and economy.

At the same time Johan Olsen keeps hammering that organization scholars should beware of arrogance. Arrogance in this case means that organization theory is postulated to be self-sufficient. The fact is obvious: some scholars widely referred to by organization sciences express an ambition to supply alternative general theory perspectives. The warning expressed by Johan Olsen is quite straightforward. Do not ignore the limits and relativity of organizational knowledge. Do not overemphasize the importance of meso phenomena while discarding macro as well as micro levels as specific structures, as aggregation, conflict and stratification factors of their own. Johan Olsen does not ignore issues such as action, legitimacy, government, state, nation, publicness, social movements, ideologies, etc. They are part of the core agenda in political science. He does not use and abuse of organization models as mere hammers looking for societal nails [6]. Neither does he ignore valid past contributions made by past scholars (i.e. pre-internet age contributions).

Johan Olsen is neither a technocrat nor an ideologue, neither a hyper-relativist theorist nor a post-modernist addict. Scientific knowledge should be linked to facts and their interpretation. He combines two distinctive characteristics. Science grounded knowledge matters. He cares very much about implications of his work for societal and civic purposes. At the same time he has strong values and opinions about what is good or desirable in life. They have certainly played a strong role in his association with scholars such as James March. The Bergen approach, for instance, is driven by a communal conception of democratic governance.

During the second part of his professional career he has allocated a lot attention to democracy and to Europe. Both are strongly linked in his mind. One of his recent books called 'Europe in Search of Political Order' [7] should attract attention. Even if some of his colleagues may feel that Europe remains strongly influenced by nation-state rooted stakes and forces, the essay by Johan Olsen makes a lot of sense empirically.

A country such as Norway, that does not belong to the European Union, has generated one of the most respected thinkers and influential observers of the way our future governance system gets built up and should be designed. Some years ago, Johan and I had joined a task force of scholars who were supposed to give ideas to a newly elected president of the European Commission. Johan Olsen was one of the few academics our Brussels hosts gave credit to.

Johan Olsen is in search for theoretical foundations to help citizens who need it and for administrative reforms that generate dynamics of success and trust. At the same time he remains very cautious. Academically generated knowledge can only provide fragmented evidence and relative truth. Holistic visions are illusions. The relevance of 'a priori assumptions about a single, universal set of behavioral logics, organizational arrangements, and dynamics of change is an empirical question' [8]. The world is far too complex, as it probably was the case yesterday and as it certainly is the case now.

So, once again, Johan, one of your many scientific communities feels honored to have you as an Honorary Member. EGOS values owe you so much. You remind us that they make a lot of sense for the coming years.