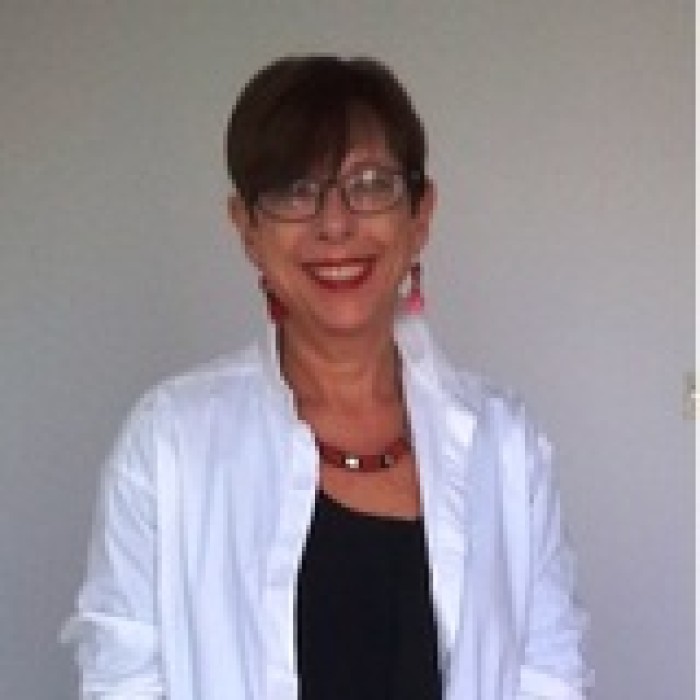 It is a great honour for me to present Professor Cynthia Hardy to you as the Honorary Member 2014 of EGOS!

Cynthia has developed a world-wide reputation for her research and continues to be one of the most productive and highly cited scholars in the broad field of organization studies. She has also made a significant contribution to both EGOS and to the journal Organization Studies.

I first became aware of Cynthia's work when I moved to the University of Warwick in the UK, although I had met her earlier in 1979 at a meeting in Bradford UK with David Hickson. Cynthia chose to go to Warwick University to study for her PhD. She became a PhD student examining the exercise of power in organizations (a theme which has persisted throughout her later research). She later moved to McGill University in Montréal where she spent a number of years working alongside Henry Mintzberg amongst others, moving to the University of Melbourne, Australia, in 1998 where she has remained ever since.

I suspect if you asked most EGOSians to describe Cynthia Hardy in a few words, they would certainly mention the University of Melbourne and discourse research. Both are accurate, of course, but I'd like to spend a few minutes to describe in more depth her outstanding achievements at the University of Melbourne, the importance and significance of her work as a discourse researcher and her immense contribution to EGOS.

In 1998, she took up the headship of the newly formed Department of Management. She oversaw the successful merger of two very different disciplines (Economic History and Industrial Relations) into a single department, and led the establishment of a fully-fledged Department of Management and Marketing (a process which doubtless required all the knowledge she had gained as a researcher of power in and around organizations). She became its first Head of Department.

However, her empirical work should not be overlooked. She has concentrated on qualitative, empirical research and carried out important work in "socially relevant" field settings (for example on refugees, HIV/AIDs, NGOs in Palestine).

More recently, she has applied the study of discourse to the social and institutional processes whereby chemicals are found to be toxic, with the publication of two papers on the pesticide DDT in Academy of Management Journal in 2009 and 2010.

In 2001, Cynthia Hardy co-founded the innovative research network – the International Centre for Research on Organizational Discourse, Strategy & Change (ICRODSC) – which has been responsible for a wide range of international collaborative research projects and exchanges. Originally founded with four institutional members, ICRODSC now links 12 leading universities in Australia, Canada, the USA, the UK, Sweden and Japan, and has provided an organizing model for other international research centres. ICRODSC was recently reviewed by an international panel, which concluded that the Centre had made very significant contribution to the profile of organizational discourse research in an international arena.

Within EGOS, Cynthia is a notable role model – her sub-plenary at the EGOS Colloquium last year (2013) with Barbara Czarniawska – received one of the longest and well-deserved ovations that I've ever witnessed for any EGOS address.

She also presented a very well-received keynote address at the EGOS Colloquium 2008 in Amsterdam.

In addition to her undoubted contributions in terms of scholarship, I think one of the most important things about Cynthia and her contribution to academe has been her personal role in mentoring junior faculty and PhD students. Cynthia has been hugely generous in her career in mentoring colleagues. She is incredibly generous with her time and hugely supportive of early career and PhD academics. She has had an incredible impact on so many young scholars who have gone on to be successful senior academics partially as a result of learning how to do research properly from Cynthia.

Finally, although EGOS is her self-declared academic 'home', Cynthia is an active and highly respected academic in other associations worldwide which will only continue to further reinforce EGOS's already strong network around the globe.