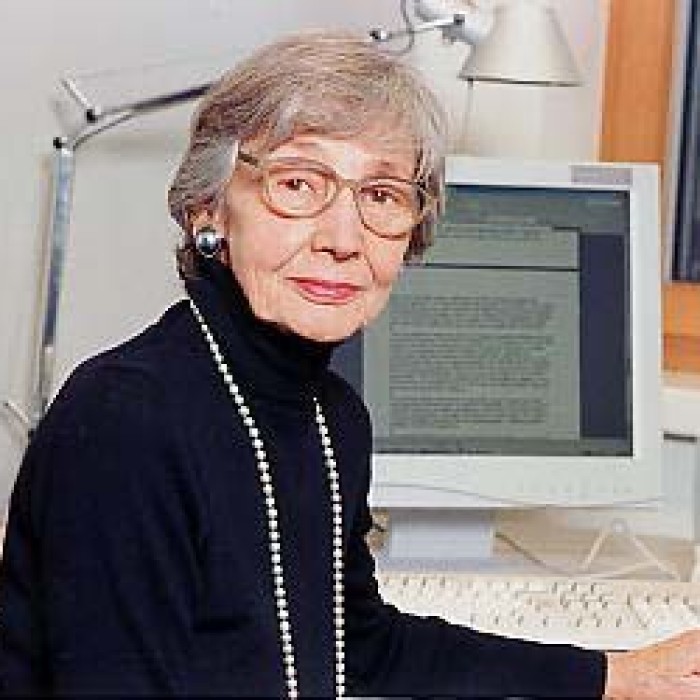 Renate Mayntz, a German citizen, graduated from Wellesley College in 1950. She became a doctor at the Free University of Berlin in 1953. She was a professor of sociology at the Free University, at the Hochschule for Administrative Sciences in Speyer, and, from 1973 to 1985, at the University of Cologne. In 1985 she took over the directorship of the Max Planck Institute for Societal Studies in Cologne. She became emeritus professor in 1997. She was awarded a Doctorate Honoris Causa from the universities of Uppsala, Paris X-Nanterre and from the European Institute in Firenze. She also is an honorary foreign member of the American Academy of Arts and Sciences.

We at EGOS have at least two main reasons to distinguish her as our 2002 new Honorary Member. As it has been the case in the past years for David Hickson, James March and Cornelius J. Lammers, EGOS wants to underline and reward two outstanding contributions. Renate Mayntz has been a scientific pioneer in the field of modern organization studies. And she has been very active and helpful throughout the whole development of our association. This explains the strong support her nomination mobilized among our members, the respect she unanimously gets from various generations of European scholars.

At the start of her career, she published in 1963 one of the first if not the first book in German on the sociology of organizations. Later on, she specialized on the study of public administration and public organizations. She conducted rather large and intensive research projects on the Federal Government of her country, later on the implementation processes in various policy sectors. These studies have nurtured her famous textbook on the sociology of public administration, first issued in 1978 and which still serves as a standard.

Little by little Renate Mayntz widened her fields. As several of her colleagues have done (such as Michel Crozier in France, Niklas Luhmann in Germany, Richard Scott in the USA, just to name a few), the sociologist specialized in organizations turned more theoretical and macro-sociological. In fact this trend was a major evolution on the European scene in the 1970s and 1980s. Either pioneers of the field widened their research agenda, dropped more or less out of organizations, and remained affiliated to social sciences departments in universities. Or they joined applied schools such as business or engineering schools, but they remained basically inside our specialized field, when not dealing exclusively with for-profit organizations.

Renate Mayntz provides an example which is not uncommon among the founders of EGOS. She developed a strong interest in political science and in policy analysis. The distance was not far transferring her research agenda from the understanding of public administration organizations to the study of the state as a complex set of organs and as a collective socio-political construction, its steering processes and its governance ability within contemporary societies. Her collective project on public policy implementation processes, which gave birth to two co-authored books, represents a landmark for the discipline. This project allowed her to gather and grow many talents among the new generations of German scholars. Later on, Renate Mayntz has authored and co-authored many more major contributions, empirically grounded as well as theoretically robust, which have ranked the Max Planck Institute she directed among the world top research units in several fields such public policies, contemporary polities and societies in Europe, public institutions and organizations.

Renate Mayntz has also been a very active and supportive force in the success story of EGOS. She has been present in many meetings right since the early 1970s. She joined the so-called SuperEGOS gang. She hosted the EGOS Colloquium at Speyer. She also offered good and decisive advice, in particular about German initiatives and participation. She was also quite influential in easing possible misunderstandings scientists may experience when competing for the search for truth.

Renate's is a thoughtful mind, and a fearless one. As David Hickson and a few of us remember, she has never been afraid to point out bluntly what have seemed to her to be failings in EGOS or in Organization Studies. As experienced by one of the senior members of EGOS, 'on these occasions, you were better off not being in the room or not being linked to the point she discussed'. Examples are many which demonstrate the influence of her writings within our community.

For instance, Renate Mayntz wrote around 1960 a review of work on Max Weber’s notion of bureaucracy. This piece helped to launch the Aston studies of organization structure. It was read by the nascent Aston team who, in a basement in the city centre of Birmingham, were struggling to conceptualize the nature of organization. Or, 20 years later, her research on implementation provided me with strong scientific incentives in order to publish the first French book on policy analysis. What Renate Mayntz had done in Germany proved that scientific alternatives existed to a discipline which had underestimated the political consequences of administrative behaviors. Policies and organizations were not only a subject for analysts hired by decision makers, they could be approached as a field for a better understanding of political systems.

By the way, it is amazing to see that quite a few of the founding or quasi-founding members had known each other since several years. For instance Renate Mayntz and Cor Lammers had met already at the Salzburg Seminar in the early 1950s.They also had gone to the USA at some early point in their career and they were trained as sociologists.

Renate Mayntz illustrates another facet of EGOS which should not be underestimated: bridging. She bridged the gap between academicians and practitioners. This is why in 1999 she was awarded the Schrader prize for her continuing efforts. She also bridged the gap between basic disciplines and organizations studies. Last but not least, she reminds us that the state or the public sphere, as much as the firm and the market, offers an exciting, innovative and decisive phenomenon to study and to manage.

When I gathered information and anecdotes about Renate in order to prepare the present laudation, I received recurrent advice from my correspondents. Basically the style of the speech should be sober, even austere, and rather formal. The reason given was that it should reflect her own style in professional life: a demanding person, mixing shyness and distant style of leadership, who had to struggle in a world and at times when it was not obvious for women to make it in academia, at least in her native country. I was surprised by such a perception. This was not what I had experienced about her since 40 years. Renate is somebody who may behave in a very warm way, feeling close to people, willing to laugh and talk about good life. One factor may explain this difference. It is better not to be a German active in Germany and talking in German with her. Be a French or in Italian, build up a personal encounter opportunity with her, and speak Italian or French with her. She will respond and become as Latin as yourself.

While Professor Mayntz is an immense figure in German academia, Renate is also a heroin in contemporary German literature. I was told (but I shall protect my 'deep throat' source of information) that a famous writer wrote a criminal story in which a professor of sociology is a key figure. In the story, the person is a male. But all experts recognized Renate in him. On top of that, the writer himself was a student of her and later became a professor who even attended EGOS Colloquia. For non-natives this suggests many possible interpretations of the German academic context which I leave open for further inquiry.

Dear Renate, we are proud to have you with us, and EGOS is aware of the fact that your honorary membership strengthens our scientific legitimacy. Please, accept our gratitude. We know that our scientific debt is huge and long lasting.

A sample of relevant publications