Energizing the study of organizations and organizing 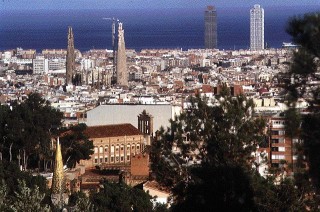 Barcelona, the capital of Catalonia, is located on the coast and bounded by the Collserola ridge and rivers Besós and Llobregat. Barcelona's location on the shores of the Mediterranean means that it enjoys a warm, welcoming climate and pleasant temperatures all year round. Rainfall is occasionally heavy which helps to maintain the many green areas around the city. In Barcelona, as in the rest of Catalonia, the are two official languages: Catalan, the language of the region and Spanish, the official language of Spain.

The Roman origins and strong Catalan traditions make it a charming and idiosyncratic metropolis and its heritage has been enhanced by some more recent architectural additions: the city was home to a particularly strong Art Nouveau and Art Deco movements, led by the visionary architect Antoni Gaudí.

Mealtimes are usually a little late than in the rest of Europe. Lunch is served in restaurants between 1 pm and 3 pm and dinner from 9 pm until 11 pm. The working day usually begins between 8 am and 9 am and people break for lunch at 2 pm. In the afternoon, businesses open from 4 pm to 8 pm.

Map of the metro network