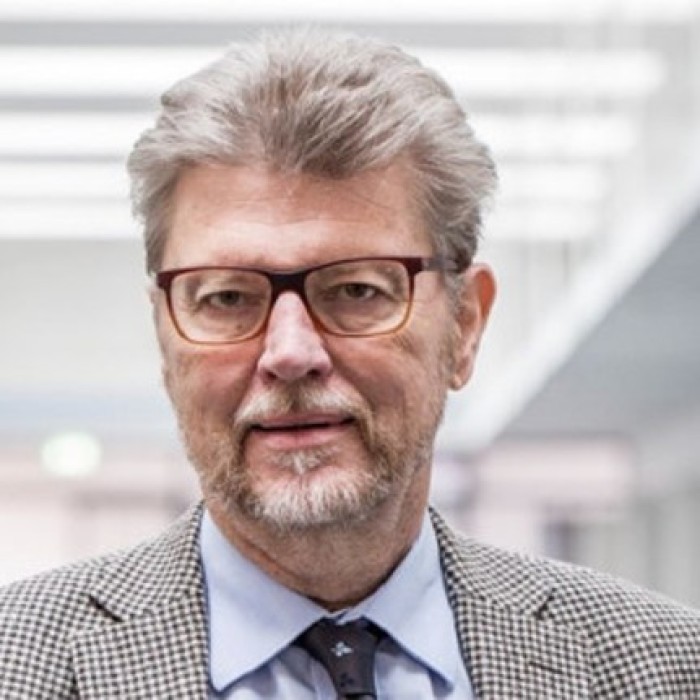 If you look at the list of EGOS Honorary Members: it is about “the who is who” of management and organization research in Europe and beyond! Among others, it contains such renowned scholars as John Child, Stewart Clegg, Sylvia Gheradi, Royston Greenwood, Bob Hinings, Jim March, Hari Tsoukas and – let’s not forget about the first on the list – David Hickson (1998 – 20 years ago).

Georg Schreyögg, Professor of Organization and Leadership at Freie Universität Berlin (also my professional home), is not the first German to join the Honorary Members of EGOS: Alfred Kieser (2012) was one of them, two years earlier Arndt Sorge (2010) and the first German was actually a woman: Renate Mayntz (2002). But Georg will definitively be the first Bavarian on this list! Although he has lived in Berlin now for more than a quarter of a century, Georg has never hidden his Bavarian roots – I have, however, never seen him wearing leather trousers!

But why has he been nominated and chosen as the 2018 EGOS Honorary Member? Is this really justified? Are you sure, Georg?

Many EGOSians said yes, not only ones from Germany or the German-speaking countries. For Georg has been extremely productive for more than four decades, and has contributed profoundly to eight or so related but distinct areas in the field of management and organization and in business studies more broadly.

► The first and foremost area is organization theory. He has not only delivered one of the first critiques of the then dominant contingency approach of organization and written the leading German textbook in the field, but has also contributed significantly to the development and application of Luhmann’s system theory to organizations. In doing so, he opened management and organization research in Germany for other disciplines, in particular sociology. This was new and unusual at a time when business studies in the German-speaking countries, i.e. Betriebswirtschaftslehre, were still dominated by (micro-)economics.

► The second area of his scholarly engagement is strategic management, a field that in the 1980s was still little developed. Starting with his habilitation, which was published in 1985, Georg turned to this area which has had a significant impact on other sub-disciplines in the field of business studies; a field, moreover, to which he still contributes today (e.g. by critiquing and advancing the concept of dynamic capability).

► The third area of management research to which Georg turned is organizational culture and change. Again, he was among the first theorists who cast severe doubts on a “design approach” to organizational culture and development, which at that time dominated in the field of business research (though not in sociology). Georg also covered new ground by importing knowledge from the humanities, in particular from theatre studies, to this area of research and practice.

► A fourth field to which Georg contributed decisively is knowledge management and organizational learning. His studies in this field find that knowledge is difficult to manage within and across organizations. In consequence, he proposed to fundamentally rethink the concept of organizational knowledge.

►A fifth field to which Georg has contributed in a fundamental way is business ethics, building essentially on the work of Jürgen Habermas and philosophers from the

Erlangen School. This was at a time when corporate social responsibility only received sparse attention, not only from scholars but also from practitioners.

► In the sixth field, he initiated empirical studies in the field of corporate governance in Germany, in particular in that of the separation of ownership and control in publicly listed firms.

► Finally, it is worthy of mention that Georg Schreyögg has always reflected deeply on matters concerning the discipline of business studies – or more precisely the Betriebswirtschaftslehre; for instance about its diminishing integrative potential.

By contributing to these diverse fields, Georg Schreyögg’s areas of interest and competence are exceptionally broad, even for a German professor of business studies. Nevertheless, his studies, no matter whether they are theoretically (or even philosophically) and/or empirically informed, exhibit great depth. Moreover, they are all very timely. Hence it comes as no surprise that his works are cited a lot, not only within the German-speaking countries, but also internationally, in particular as he started at an early date to publish his findings in English. In terms of international publications and citations Georg is one of the top scholars from German-speaking countries in the field of business studies. Based upon GoogleScholar citations (as of July 1, 2018), his work has been cited more than 14,000 times.

It hence comes as no surprise that Georg has not only been offered the rare position of a Senior Professor at Freie Universität but also received numerous awards, including the Honorary Doctorate (Dr. h.c.) of the University of Graz in Austria; much earlier, from 2004–2007, he was one of the International Visiting Fellows of the Advanced Institute for Management (AIM) Research in London.

However, being a leading scholar in the field of management and organization is not all that is required to become an onorary member of EGOS. One also has to be heavily involved with EGOS. And that is exactly what he has been from its very early days on (actually from 1978 – 40 years ago). He has presented dozens of papers at numerous EGOS colloquia, acted more than ten times as a sub-theme convenor or co-convenor, and was one of the main organizers of the 2005 EGOS Colloquium at Freie Universität Berlin. He published in Organizations Studies as early as 1980, edited an special issue of this journal on “Theatre and Organizations” in 2004, and served on the Board of Organizations Studies for many years. Perhaps at least as important, Georg helped EGOS to become a formal organization (actually as an association under Belgian law), promoted its change from a bi-annual to an annually held Colloquium, and encouraged EGOS membership with the subscription of OS: three measures not everybody liked at that time, but from which we profit today.

Georg, dear colleague and friend, if I may say so, your EGOS Honorary Membership is well deserved!