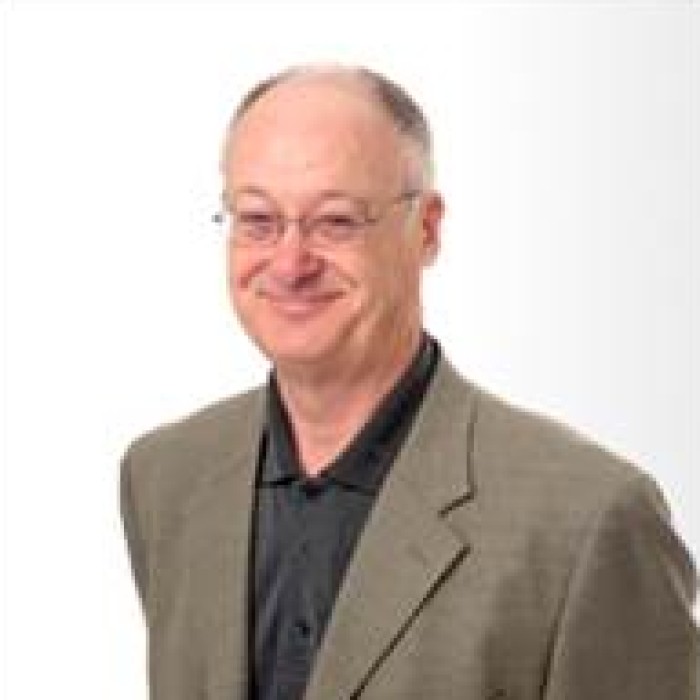 It is a privilege and my great pleasure to present – on behalf of the EGOS Board and the EGOS community – this year's EGOS Honorary Member: Royston Greenwood.

Most of us will agree: This man hardly needs an introduction, and the premises of the EGOS Board’s decision are obvious: Royston's seminal contributions to organization studies, as well as his enduring support of the organization research community speak for themselves.


Born and raised in Bradford, England, it was serendipity that Royston came into academia. At the University of Birmingham he studied philosophy for one year. He was then trained in political science, public administration and economics, and completed his PhD – an application of the Aston concepts and methodology to local government organizations – at the University of Birmingham in 1976. During this doctoral dissertation, he became interested in the organizational change towards more corporate forms, which sparked his interest in organization theory. It was in 1972 when he met Bob Hinings at Aston – and the rest is history.

These days we know Royston as travelling the globe. This was not always the case: Before 1980, Royston's world was much more confined to Britain's shores. However, a research visit in Sweden which gave him and his wife Marilyn a taste for travel, and a few years of Thatcher's public sector reforms in the UK made him accept a visiting position at the University of Alberta in 1982.

After persuading Marilyn (and their three kids) of the attractions and opportunities of a life in Canada, the Greenwoods settled in Edmonton. Who would have thought that Margaret Thatcher has contributed so considerably to North American organizational research! Fate decided that also Bob Hinings relocated to the University of Alberta several months later.

Royston calls himself a non-monastic scholar, enjoying collaborations and working in teams, and over the years, Bob has been joined by a long league of research partners.


Over the last three decades, Royston's work has been spanning a broad variety of themes. I shall not make an attempt here to pay justice to the extensive and fruitful work of our laureate, so allow me just a few words.

This brings me to the person I am privileged to count among my friends.


All Royston has achieved leaves the impression of a life entirely devoted to organization research. However, this is far from being the truth.

Royston has a passion for classical music, and – as many of you will have noticed – he is constantly whistling some tune when walking along, preferably some Schubert or, more recently, Verdi.

He is an excellent dancer, so I have been told. In fact, his Dad owned a dancing school and this is where he met Marilyn, his wife, 45 years ago.

He loves theatre and independent films, good food and wine; he likes to read history, and has always excellent recommendations for novels and biographies.

He is crazy about soccer and is a devoted follower of Leeds United. For about ten years, he used to coach his daughter's soccer team and won provincial finals and bronze in the Nationals twice with them.

Royston has a reputation for having a terrible memory for people and places – especially when it comes to putting the two together. Bob Hinings tells me that during their fieldwork in the 1970s he not only had to remember his own appointments, but also Royston's and constantly inform him where about they were in England.

Royston is, as some of us know, a magician with technology: He can make computer systems crumble by merely looking at them. Or, by touching a remote control, he can take you into alien territories no one has ever entered before – and, of course, with no way home.


So, to conclude: What makes Royston a true and 'eternal' EGOSian?

What we are honoring today is not only his tremendous contributions to the study of organizations, but also the qualities that characterize Royston as a researcher, colleague, mentor, and as a friend: his enthusiasm, his generosity, his supportiveness, his commitment, his openness, the shyness that he hides quite well – and most of all: his passion for the European tradition in social sciences, for Europeans, and for the EGOS community.

Today, we honor a scholar who has extensively contributed to the development of EGOS for several decades in almost any function possible. In addition, being an 'European in disguise' himself, he has played a crucial role as EGOS' unofficial ambassador in North America. In all his various leadership and editorial roles, he has worked very hard to making the European voice heard more clearly.

We – the EGOS community – are very proud to have you as our Honorary Member!