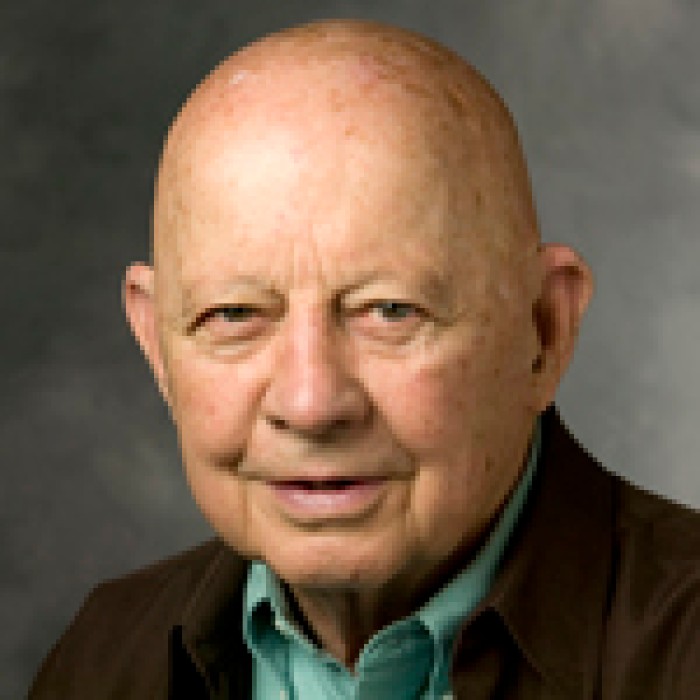 It is a great privilege and pleasure for me to introduce James G. March to all you EGOSians. As Jim is well known to all organization researchers, there is really no need to introduce him so I could stop at this point. The consequences would probably be unimportant, but such behaviour wuld certainly be inappropriate.

The EGOS board's nomination of you, Jim, as an EGOS Honorary Member is based on two main premises: your seminal contributions to organization theory and your enduring support in the development of the European organization research community. At the beginning of your very active retirement, this EGOS Colloquium in Finland, in the year 2000 is, we think, the right place and time to honour you.

From your early years at Carnigie Institute of Technology you have produced important contributions to organization theory. Classics such as Organizations (with Herbert Simon, 1958), A Behavioral Theory of the Firm (with Richard Cyert, 1963) and Handbook of Organizations (1965) have deeply influenced organization research. The more recent A Primer on Decision Making (1994) sums up many years of reflection on decision making, and is invaluable for the new generations of scholars.

I do not dare to engage in an overview or interpretation of your complete works. The Pursuit of Organizational Intelligence from 1999 and the forthcoming The Dynamics of Rules clearly show that you still have much to add to your list of works. Colleagues are working on more comprehensive interpretations of your intellectual work (cf Augier, 1999) and, in forewords to some of the later editions of your 'classics', have offered your own reflections on your major ideas. Therefore, I will not attempt to engage in a comprehensive interpretation of your research. A brief, biased, and basically 'Finn'ish' reading of parts of your works will have to suffice.

Around 1965, as a novice embarking on the study of organization theory, I was happy having to struggle with books such as Organizations and A Behavioral Theory of the Firm. When I graduated, Handbook of Organizations was among my presents. I dwell on these early contributions, because they were crucial in giving focus and direction to the emerging 'organization theory'. Decision behaviour and organizational action were selected as the core issues. Organization theory was oriented towards empirical investigation and model building based on actor behaviour, rather than on abstract, formalized model construction. You have avoided the path that would 'freeze' organization theory into an infertile modelling of those aspects of organizational behaviour/decision making that can most easily be grasped. You have persistently pursued a different route – which you have been trying to tease us into following – one which liberates and enriches our theoretical field by contesting the premises upon which we base our models and understandings of what is going on in organizations. Thus, in your own practice, you have been trying to navigate between exploration and exploitation. You have been trying to prevent us, as organization theorists, from ending up in a competence trap, whereby, although we may become very apt at conducting analyses and building models, these may be neither very relevant, nor innovative.

Two main examples of your continued efforts to push the frontiers of our knowledge illustrate this:

The Conception of Organization

Organizational actors do not pursue one objective, nor do they agree about the objectives. Participants are induced to make contributions to the organization based on much more individually bound calculations. Organizational units are oriented towards different objectives and decision processes are infused with politics. 'Firms can be seen as coalitions of multiple, conflicting interests using standard rules and procedures to operate under conditions of bounded rationality' (1992: x-xii).

Ambiguity, chance, opportunity and actors' attention and allocation of energy may play important roles (1988). The garbage-can model of choice allows us to understand decisions in a wide range of organizations, from bureaucracies to organized anarchies, such as our beloved universities and business schools, by tightening and relaxing the assumptions about the factors that are brought together within the model's parameters.

The Conception of the Decision Making Process

A rational or bounded rational actor scheme cannot grasp the important behavioural aspects of decision making processes. By engaging in decision making processes, we not only pursue but also discover goals and shape our preferences. Our collection of information not only precedes the decision, but may even become intensified after the decision has been made. We seek legitimization and confirmation. There is an alternative decision logic to that of consequential choice. The logic of appropriateness and rule-following points towards decisions as being much more closely linked to our interpretation of situation, identity and norms. As Don Quixote – one of our favourite characters – interprets situations from the perspective of a knight whose task it is to come to the rescue of ladies threatened by monsters. Windmills turn into monsters and not completely fair maidens become ladies. Constructivist ideas gain importance in a theoretical universe previously dominated by Sancho Panza realism.

Those lines of investigation have led you to broaden both your and our interests from decision making to the individual and organizational pursuit of intelligence, thereby shifting emphasis to learning – from others as well as from our own experiences - and making history important. The encoding of pst experiences into organizational routines and rules is a core process in organizational learning. Organizational adaptation, not only day-to-day, but in the long run, becomes of vital concern. For years - it was a great experience to hear you lecture on this topic in 1998 – you have been preoccupied wit the risk that business schools and university departments would become too concerned with relevance, at the expense of generating fundamental knowledge. 'Both the generation of new ideas and persistence with them are encouraged by long future time horizons. These, in turn, are facilitated by conceptions of a long past connected to a long future by a sense of continuity and progress' – to cite your conclusion in a recent article (1999: 80).

For me, this statement reflects not only a theoretically derived conclusion, but is also a codification of your style as a leader, mentor and colleagues for many members of the international community of organization researchers.

Intertwined with, and inseparable from, your theoretical development, for decades you have engaged in co-operation with European scholars, and have patiently supported the development of European organization research by bridging European and American organization analysis.

This is reflected in several publications co-authored with, or with contributions from, European researchers. Among these, I will only mentioned the vintage anthology Ambiguity and Choice in Organizations (1976, co-edited with Johan P. Olsen) and a more recent, and widely cited, book Rediscovering Institutions (1989, co-authored with Johan P. Olsen). More publications could also be mentioned to substantiate your long-term collaboration with European researchers, but I must confess, I have not read them all.

Furthermore, throughout your busy career you have received with great hospitality and given support to an impressive number of both young and senior European researchers. Since 1989, the exchange of ideas with Scandinavian countries has been formalized in the Scandinavian Consortium for Organizational Research (SCANCOR) with you as the 'founding father' and animator of a decade of research at the SCANCOR research centre at Stanford University. During those years you profoundly inspired the two hundred or so scholar from Scandinavia who stayed at SCANCOR for longer or shorter periods.

However, your intensive contacts with the Scandinavian countries have not prevented you from extending your network and support to embrace researchers from all over Europe.